One thing I love about traveling, is spontaneity. If you allow yourself to veer off course and explore the unknown, it is common to be pleasantly surprised at what you find. Yesterday, was another one of those incidences. We had heard about a Castillo (castle) near where we were staying, overlooking the water in Rio Dulce. We drove through some narrow streets, past curious locals, until we found a place to park the trucks.
We walked the grounds, admiring the beauty of the trees, flowers, and views of the water. Fisherman slowly trolled by with their nets loaded down. The first appearance of the castle, didn’t seem overly impressive. It was a massive Stone walled complex. As we approached, though, it was surprising to see the draw bridge and mote leading into the wall. 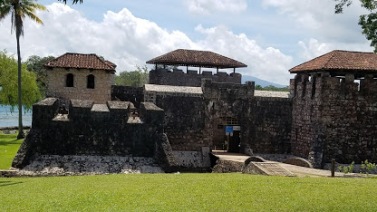 The architecture was intriguing. I loved the arched doorways, and maze like floor plan. Each room led to another series of rooms, until we reached some stairs that led to the terrace.
From there the views were stunning, with the breeze blowing, sunshine beaming. What a place this must have been in it’s heyday (1600s). We spent an hour or 2 exploring, glad that we ventured off our route to see what was around us. 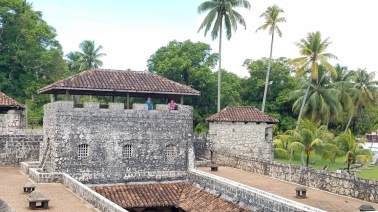 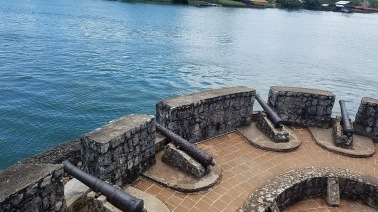 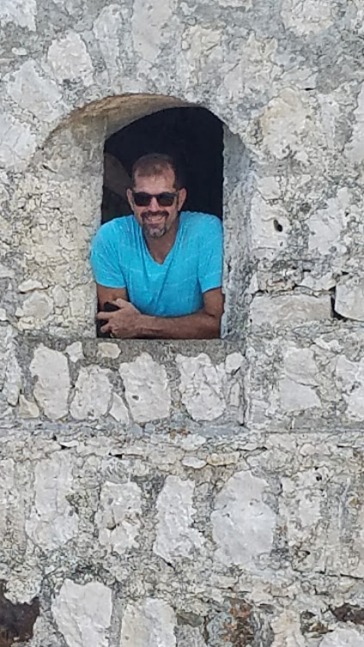 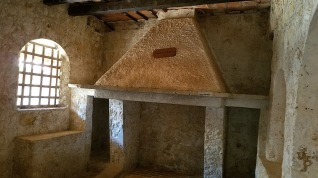 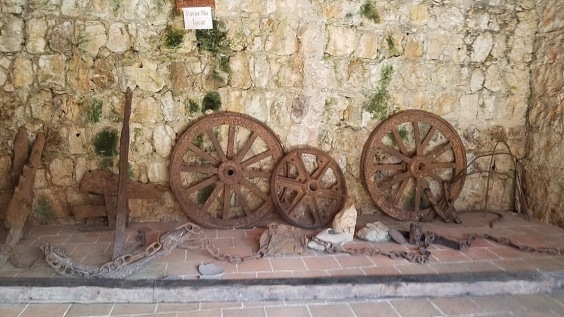