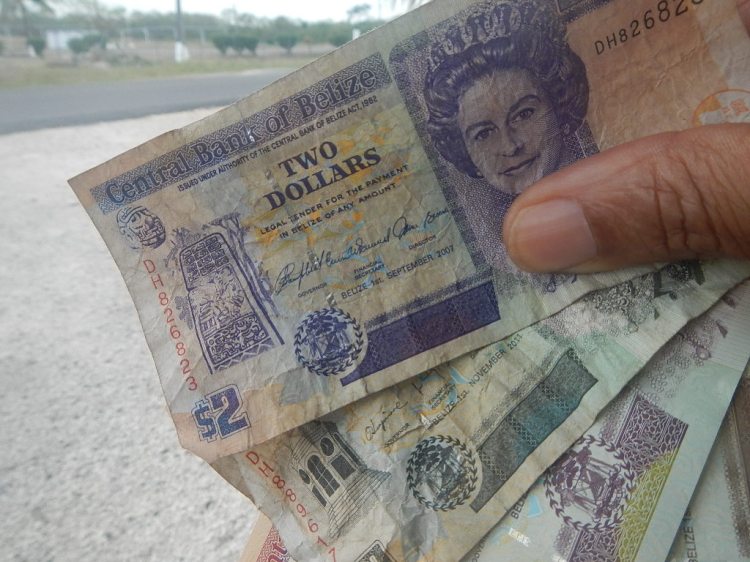 The Belize dollar (BZD) is Belize’s national currency and is pegged at the U.S. dollar at 2 BZ$ to 1 US$ since the 1980s. U.S. dollars are generally accepted throughout Belize because of this peg. It is considered a waste of time to exchange USD to BZD. Belize dollars are also easily accepted in towns outside but close to the border of Belize.

The Belize dollar and all coins of Belize are printed at Thomas De La Rue Ltd. All banknotes of Belize feature Queen Elizabeth II; Belize being a member of the British Commonwealth; the Queen being the Head of State.